Public and private companies alike struggle with one truth: Markets are cyclical.

In other words, industries that were once hot commodities can quickly run cold.

Think about industries like oil and gas – sectors that once boomed, but now face turmoil as demand for their products dramatically decrease.

One sector, however, has been on a decade-long tear: tech and tech-enabled companies.

Some of the biggest tech companies in the world have grown exponentially in the past 10 years and show no signs of slowing down anytime soon.

In fact, tech has become so dominant that nearly all of the S&P returns since January 2017 have been a result of tech company performance.

This year alone, the FAANG group has delivered year-to-date price returns averaging 42%, despite a world-stopping pandemic and subsequent economic crisis. 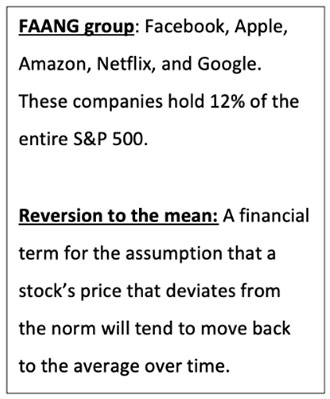 However, the continued success and exponential growth of the tech industry begs an important question:

Is tech just a short-term fad, or will it pave the path forward?

As an investor who has lived through several different markets, I am predisposed to be cynical and to believe in the reversion to the mean.

That being said, I believe tech is indeed a long-term cyclical trend that will continue to dominate other categories for the next 20 to 30 years.

At its very basic level, tech is efficiency.

The most fundamental reason companies become more profitable over time is because companies, like human beings, tend to get wiser and more efficient as they get older.

This is a general rule that can be applied to any type of company, whether it’s brick-and-mortar or software based.

However, out of all types of companies, tech is the ultimate efficiency generator.

Tech allows for faster data and information retrieval, error reduction, time efficiency, and in many cases, partial or complete automation that can even replace human workers.

And for every human that technology replaces, these increased efficiencies go straight to the bottom line which can lead to a significant increase in profitability.

Based on efficiencies alone, I expect new technologies – such as AI and machine learning – will double or triple technology company efficiencies and profitability over the next decade.

Most tech companies benefit from network effects in a way that is significantly greater than the economies of scale of typical companies.

In other words, as tech companies get bigger, they exponentially become more profitable. 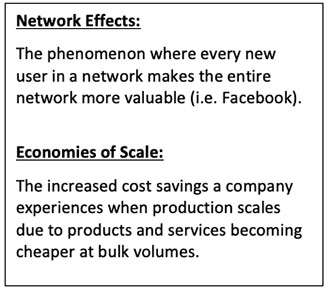 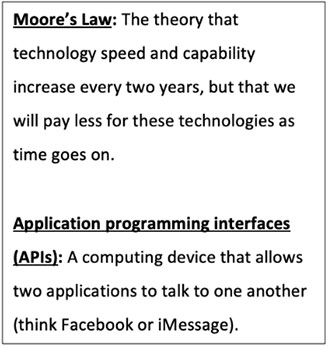 APIs have become increasingly vital for business growth and success. They allow two software programs to communicate with one another… meaning that two completely different programs can interact seamlessly.

As AI and machine learning become ubiquitous in tech companies of all sizes, APIs will become even more commonplace.

This increased use of APIs will lead to a synergistic effect across all tech companies that will result in many decades of sustained growth in the tech sector.

It’s natural for markets to ebb and flow.

But these days, the markets are increasingly defined by outsized returns in the tech sector. Based on the inherent benefits that tech brings – scalability, higher efficiency, and resulting profitability – it’s likely that tech will continue to succeed.

That’s why investing in tech companies – particularly tech startups – will likely provide the biggest bang for your investment buck in a shorter time as these companies continue to expand well into the future.

That’s all from me for right now, but I’ll be back soon to discuss something that profoundly affects all of us: the 2020 Presidential Election.

Yeah – it’s pretty wild what has happened with tech’s dominance in the last 3-4 decades.

I’m so new with so much to learn

Early-Stage Founders Keep Feet on the Pedal Despite Downturn