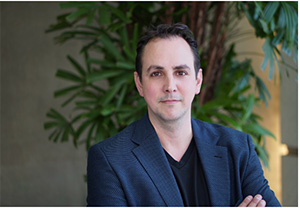 To a Startup Investor eager to grow,

It’s great to meet you. My name is Buck Jordan, and I’m the newest member of the Advisory Board at the Angels & Entrepreneurs Network.

I’m so excited to be here, and I can’t wait to share more about my story and learn more about yours.

Throughout my life, my passion has always been in disruptive and innovative technology that will shape the future – in whatever form that might mean for industries. I’m an Army veteran, the Founder & Managing Partner of Canyon Creek Capital, the Co-Founder and CEO of Miso Robotics, and the Founder & CEO of Wavemaker Labs.

I’ll dive into all of that, and more… But at the end of the day, I’m an automation guy who believes in challenging the status quo. When I look at where we are today and where technology is taking us, I can’t help but draw one clear conclusion: automation and artificial intelligence, or (when brought together) what I like to call “Intelligent Automation”, will be pervasive in our entire lives, much sooner than we think.

It’s one of the most exciting developments in tech, and for me personally, the potential of the technology to radically alter our daily lives for the better has driven my entire career.

I actually had my first brush with automation in 2002 when I was a captain in the United States Army. I started out my career there as a tank commander, and then eventually moved into flying Black Hawks.

One day, I was doing some tank training in a field when I heard a radio call come through. The call said, “Hey, everyone freeze. There’s autonomous vehicles coming by.” Next thing I knew, there were four armored personnel carriers zipping by me that were totally unmanned.

That was the moment I realized that this kind of technology could really make a difference in people’s lives and remove the need for humans to take on some of the jobs that people really don’t want to do… like fighting in a war or even working in a kitchen.

You see, the companies that really interest me are the ones that fix serious problems that are difficult to solve, the kind of problems that can only be solved with technologically advanced solutions.

It’s that belief that led me to kick off Canyon Creek Capital in 2010. Canyon Creek is a venture fund that invests in these exact kinds of companies… the ones tackling massive problems with viable tech solutions, founded by strong teams.

I always wanted to do more, and my love of Intelligent Automation as a whole quickly merged with another area that I’m extremely fascinated by – food technology.

In 2016, I cofounded Miso Robotics to make that fascination a reality. The company is more than hardware and the robots themselves, though. We use artificial intelligence, advanced machine learning, computer vision, and sensors to enable our robots to automate labor intensive and time-consuming tasks like frying foods and flipping burgers in real, commercial kitchens. We truly are the eyes and brain behind the robot.

Miso Robotics was the germ of Wavemaker Labs, which I cofounded that same year.

At Wavemaker Labs, we build the next biggest companies at the intersection of food and robotics. ‘From seed to fork’ we look to build Intelligent Automation into the food chain. That means all of our companies are on a mission to build efficiency, quality, and profitability into the food chain. Our portfolio companies come to the table with a re-imagined future for the food industry to help operators succeed and give consumers access to a better, quality food experience.

We don’t take pitches. Instead, we start from scratch and create companies that will really move the needle and make a serious difference in this space. And with each one of our Wavemaker companies, we’ve used crowdfunding to secure capital.

Because here’s the thing…

I think that 95% of my venture colleagues are totally missing the crowdfunding boat. Crowdfunding is going to disrupt a meaningful portion of venture, and I want to be involved in it. It’s already throwing real dollars to companies (Miso Robotics, for example, has raised over $20 million during our Series C campaign to date), but I think the amount of money going through the crowdfunding pipes right now is barely scratching the surface of what’s to come.

Tech and startups as a whole have never been more popular than they are today, and that popularity will only keep growing. People are fascinated by cutting-edge, early-stage technology adoption. But until recently, there was never any access for the everyday investor. That access belonged to the top one-percenters who also happened to live in Los Angeles, New York, or San Francisco.

The idea that we can now run a crowdfund from anywhere in the world is revolutionary. And the fact that anyone can participate – regardless of who they are – is a powerful thing.

That’s what makes Angels & Entrepreneurs so exciting to join. This Network is exactly the kind of thing that’s going to continue to make crowdfunding valuable for startups, their founders, and their investors.

As a startup investor, you have power. No matter how much money you’re investing in a company, you can provide real value. And together, this community finds and helps you to invest in some of the best early-stage companies out there. This is the kind of community that the crowdfunding world desperately needs, and I’m so excited to be here.

Over the next few weeks, I want to dive deeper into what I’ve shared today and tell you some more crazy stories (like… why I chose to invest in two mid-20-somethings building a 3D-printed rocket, for example).

I can’t wait to start this journey with you and see exactly what this community continues to do for the future of crowdfunding. So, stick around. I’ll be back with even more in just a few days.

Jordan! Super exciting to have you here. Thank you for sharing! I love what you do keep crushing it!

Jordan: You sound like you will be a great addition the Angels + Entrepreneurs community. Hope to hear a lot more about you. Question? is it possible to invest in Canyon Creek Capital? Sounds like an opportunity to capitalize on your expertise.

Very interested in what you will bring to the table Buck.

Welcome. I look forward to hearing more from you and you views on investing in the future.

Hey Buck, I enjoyed reading what you are all about and I too am a Army vet whose MOS were tanks. Glad to have you aboard.

Jordon
Glad you have join the team. I’m a retired army soldier. Really enjoy angel and entrepreneur . Good luck , will be watching

Excited to have you on board. What are your thoughts on an AI platform that merges focused technologies as part of a holistic solution, example automated engineering.?

Welcome aboard Buck Jordan! Welcome to the team..and thank you for sharing your story.

Glad you landed in here as we are so lucky !

Great to hear your story Buck! Looking forward to a Piestro pizza!

We’re glad you chose this venue to share your talents. Looking forward to what you can do for all of us! Carole

How do l sign up for the pizza robot?