And that’s a good thing. (Hear me out)

Most people think of “the rise of the machines” as robot armies conquering the world… or that creepy video of Boston Dynamics’ Walking Dog going up and down stairs.

Naturally, people are afraid. It’s human nature to be scared of new technologies.

But as angel investors, we don’t fear the future.

We invest in it.

… And I’m putting my money where my mouth is.

In my portfolio, I have Miso Robotics, which is building a robot that can cook burgers and fries. I’m the Chairman of Graze Mowing, a startup building solar powered, robotic lawn mowers.

There are food delivery robots like Serve Robotics (a company we’re are investors in) and all sorts of other robots of all shapes and sizes.

Needless to say, I love robots. I believe robotics is the #1 space every investor needs to be in right now… and I think you’re going to see a lot more robotics companies raising funding in the years to come.

Every news channel, pundit and columnist is talking about America’s labor shortage. It’s causing immense disruption across every industry from retail to shipping. In February 2020, America’s labor force hit an all-time high of 152.5 million workers actively employed. In March 2020, the COVID-19 lockdowns imposed nationwide triggered a record surge of layoffs, leading to the labor force to drop to 130.2 million workers by April 2020, a huge decline.

Since April 2020, America’s labor force has steadily been growing again as the broader economy has recovered. However, the labor force is recovering slower than the economy is — and it’s creating huge problems. In fact, it looks like it may not reach its pre-pandemic high for some time, if ever. As of September 2021, America’s labor force is made up of 147.6 million workers. This is nearly 5 million people less than February 2020, a huge gap that is leaving employers struggling to fill roles.

This gap of 5 million workers is not for lack of jobs. There are nearly 11 million job openings in America today, the highest level ever recorded.

So what is going on and why should we pay attention?


The percentage of Americans at work has been in decline for decades. America’s labor force participation rate – a measure of the economy’s active workforce – declined from a peak of 67.3% in April 2000 to 63.3% in February 2020. The lockdowns of March and April saw this participation rate drop even further to 60.2%. 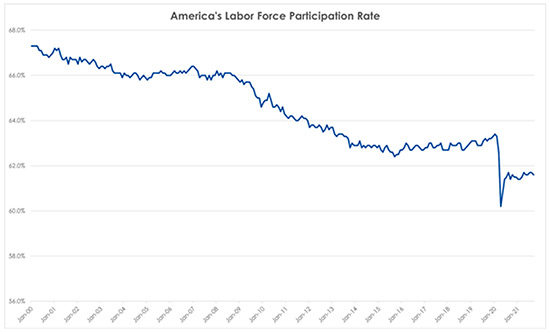 The U.S. doesn’t have a job quantity problem; instead, it has a job quality problem.

There is no shortage of demand for more workers in America today. (That’s clear from the record 11 million job openings and panic-inducing headlines of shortages of workers.)

There is, however, a shortage of supply and that shortage is driven by the simple fact that Americans no longer want to do many of the jobs that have been most affected by these shortages – food service, agriculture and logistics work.

These jobs are hard, they are dangerous and… let’s be honest, the pay doesn’t match the work. Americans have had enough.

But, there is one positive outcome. Shortages of workers are motivating employers to raise wages – which benefits workers – but it’s also increasingly making automation an appealing and economically feasible way for employers to fill their labor shortages.

In real-time, we are seeing the labor market reallocate supply, change market prices and hopefully drive efficiency through adoption of a new generation of technologies. 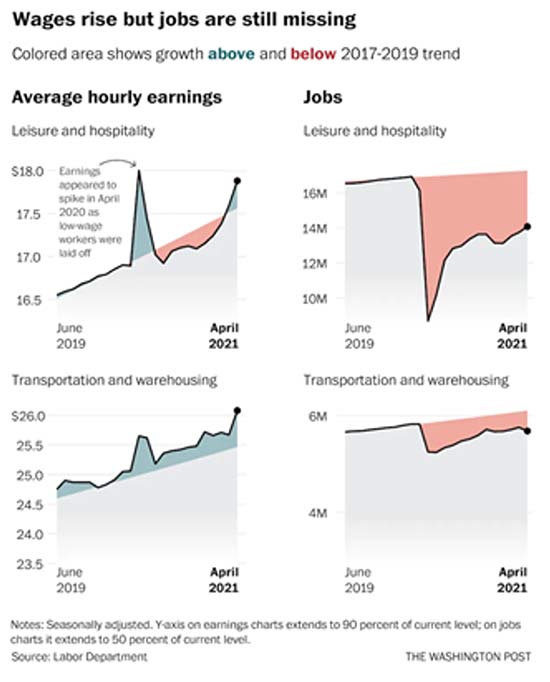 The industries facing the most acute shortages of workers – agriculture, logistics and food service – are hard work. They’re unsatisfying jobs with limited future prospects for workers. Americans no longer want to do these jobs… and now they no longer have to. We’re at the beginning of a renaissance for robotics and automation that will see broad-based adoption of these technologies in the years to come.

Robots used to be prohibitively expensive, which means only the most high-end factories could afford them. Think: car manufacturers.

But that’s changing. The cost of robotic arms and sensors has been dropping rapidly over the past two decades. Today, you can buy a fairly high-end six-axis robotic arm for as little as $3,000 compared to historical prices anywhere from $50,000 to $400,000 (high-end industrial robots still can cost this much). 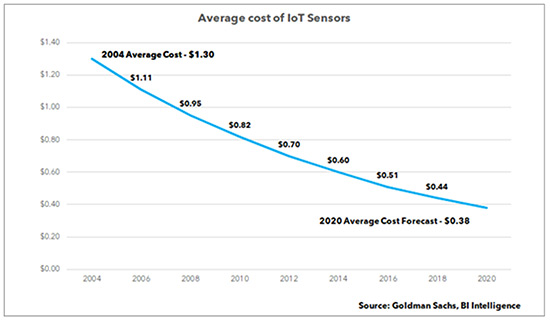 In addition to dropping costs of sensors and robotic arms, the cost of computing power has dropped enormously over the past few decades (thanks to the continuing impact of Moore’s law.) A study from the Hamilton Project shows how the computing power that $1 dollar can buy you has soared by a factor of 10 million, and this doesn’t even account for the tremendous impact the rise of cloud computing has had on computing costs over the past decade. 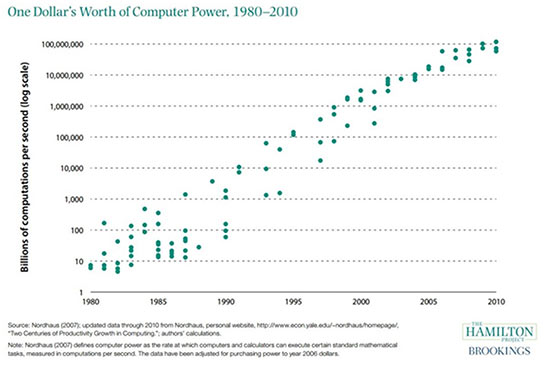 All of this is to say that as the cost of robots continues to drop, the number of use cases and jobs that become economically feasible for them to do continues to grow. American workers increasingly don’t want to do jobs like food service, agriculture and logistics and they shouldn’t have to.

So, why should I care?

Why should this matter to you as an angel investor? Well, investing is all about predicting what will become more valuable over time.

We’ve been doing this at Wavemaker Labs for over 4 years now and are only doubling down. At Wavemaker labs, we’re building multiple companies to fill America’s growing labor shortage from Miso Robotics – a burger flipping robot – to Piestro – an automated pizza kitchen – to Future Acres – an autonomous agricultural harvesting robot.

We believe that humans shouldn’t do many of these hard and dangerous jobs and instead should have the opportunity to focus on jobs of quality, with long-term career paths and less risk to their personal and mental health.

America’s labor force is in transition and the 2020s is going to see robots appearing all around us, taking over day-to-day jobs and opening up the next wave of growth in the American economy. The Robots are coming and that is a good thing!

What an exciting report! Love robots as well. Thank you Buck

This is really eye opening. Seems like there is a need to fill here since the labor force is not coming back as needed to industry.

Is there an investment here?

I agree that robotics is the future. I invested in Piestro, Miso Robotics, as well as other such as Blendid and Yummy Foods (robotics dunkin donuts) However I would not invest the $1000 minimum in Future Acres. The founder is as brilliant and smart, but also all over the place – a teacher, an advisor, a venture partner, a startup CEO = four different things at the same time means a total lack of focus on the startup = it will take her 4 times longer to deliver a substantial ROI than a founder with the same qualities who only works in one startup. In addition her well paid and comfortable job at the college, means that she can quit the startup whenever things get tough. https://www.linkedin.com/in/suma-reddy-0285386/ The CTO is also actively involved with three different startups and doesn’t even have Future Acres in his profile https://www.linkedin.com/in/ethanjoffe/ That is a major red flag to me. I am an average Joe so for me no revenues and lack of focus = no $1K investments. The final nail in the coffin is that with another robotics investment like Graze already in my portfolio and with advanced agricultural robotics companies like Carbon Robotics that are already out there weeding the fields, to be working just on a transportation cart is kind of lame. https://www.freethink.com/technology/farming-robot

I’m a retired design engineer in the robotic space. The mechanics has not changed much. Materials cost is high. Luckily the design software makes it very easy to get product designs to the machine shop quickly. These guys are not doing anything very special. The real value is in their ability to sell and to get product out the door.