It wouldn’t be a stretch to say humans are fascinated by space.

Heck, two of the biggest movie and television franchises of the 20th century are Star Wars and Star Trek.

In both universes, you see humans and alien species duking it out for control of planets, space, resources, and more. These series take place across the vast expanses of space and have been a huge part of popular culture, with Star Trek giving us the iconic line “Space, the final frontier.”

That said, our fascination with space predates Star Wars and Star Trek. We reignited this fascination during the incredible Apollo program, which landed humans on the moon in 1969 and gave us the iconic line “one small step for man, one giant leap for mankind.”

Space seems to give us a lot of great quotes!

But, pulling the scope back even further, our fascination with space stretches back to the very dawn of mankind. For example, the oldest cave paintings ever discovered include depictions of stars and constellations!

Now, space is more than just a source of curiosity and entertainment. It is big business – and getting much bigger.

For ages, space was something exclusively in the remit of governments. But this was disrupted in style by the launch of SpaceX by America’s favorite entrepreneur, Elon Musk. SpaceX is the first successful private space launch company in the world, and it is currently one of the largest startups that is still private (they’ve raised more than $10 billion in funding so far).

Since the launch of SpaceX, the interest, innovation, and market size for space has exploded.

As of last year, the space industry was already a $469-billion market globally and growing fast. In fact, both Morgan Stanley and Citi Bank analysts forecast that the global space industry will be worth more than $1 trillion by 2040. 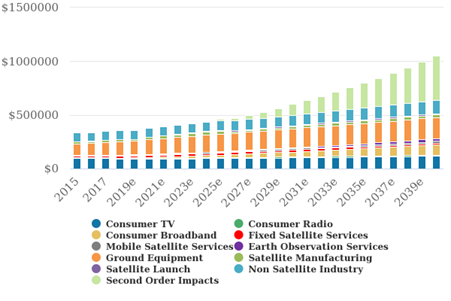 So, what’s driving this huge growth, and what should you keep your eyes peeled for?

There are two major sub-sectors in the space industry that will account for most of the $1 trillion opportunity by 2040. Let’s dig in.

The first and most obvious is space launch – i.e. getting objects and people safely and cheaply into space.

Historically, space launch has been the biggest roadblock constraining the growth of the space industry. It used to cost a fortune to launch anything into space, averaging $200 million to launch a satellite. That has dropped to about $60 million today (depending on the size of the satellite).

Now, that’s not exactly cheap, but it is a huge cost reduction, and things are getting cheaper every year.

In fact, I have a lot of personal experience with this problem thanks to my investments in Relativity Space across several rounds of funding. Relativity is probably the coolest company I’ve invested in, and it’s objectively doing amazing things (but I love all my investments equally).

Unlike other space launch companies (rocket companies) that assemble their rockets, Relativity 3D prints the majority of their main rocket (the Terran R) using a custom, metal 3D printer. This novel approach allows Relativity to manufacture its rockets 10X faster than competitors and use 100X fewer parts. Relativity’s rockets are also designed to be reusable, like SpaceX’s reusable Falcon 9 rocket.

Manufacturing improvements, better materials, and reusability are some of the factors contributing to the continued decline in launch costs every year. These are set to persist for years to come. 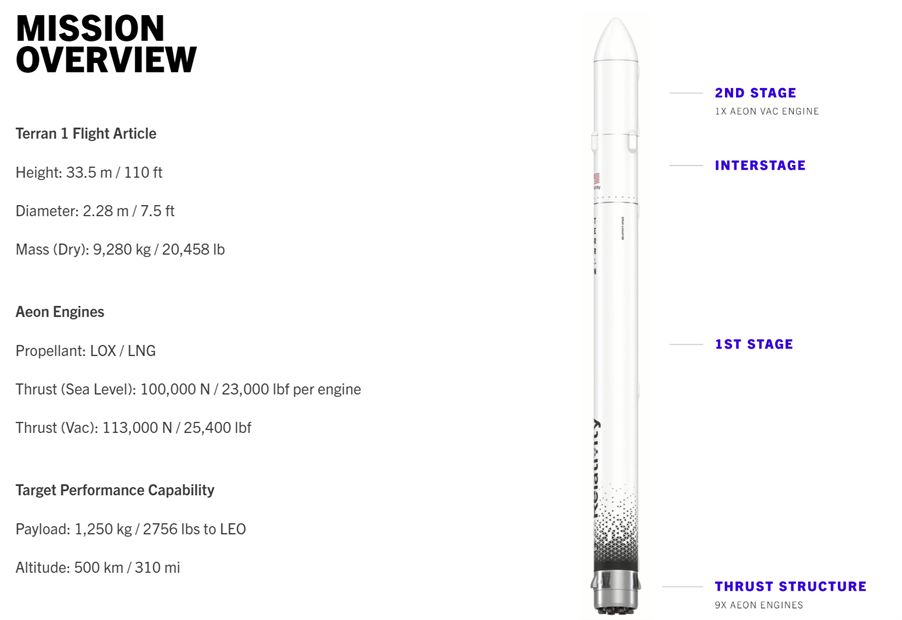 The other major sector in space is one of the things they’re launching – satellites.

From designing, manufacturing, and launching them to how we use them, the opportunity is huge.

There are now dozens of startups that are designing and manufacturing satellites of all types and sizes, from “microsats” that weigh between 10 and 100 kilograms (everything in space is measured using the metric system) to huge satellites that weigh more than 1,000 kilos (2,200 pounds). Each of these satellites is designed with a different purpose and has different sensors and equipment on board.

As the space revolution continues to unfold and launch capacity becomes cheaper, the total number of satellite launches has spiked almost 6X, from 253 in the United States in 2019 to 1,215 in 2021.

No surprises, but it is SpaceX that is driving the majority of this spike (Elon Musk strikes again). In 2021, they were responsible for 81% of all U.S. payloads thanks to the new satellite constellation they are installing called Starlink.

This brings us to the second major driver of opportunity – satellite internet and communications.

SpaceX’s Starlink product is a satellite-internet constellation that can provide you fast internet anywhere on earth, beamed from space!

SpaceX plans for Starlink’s satellite constellation to eventually consist of 12,000 satellites! You might have seen the news that Starlink is coming to Royal Carribean cruise ships and T Mobile phones very soon.

SpaceX is not alone.

Multiple other companies are coming after the massive satellite internet and communications opportunity. For example, competitor OneWeb has raised $4.7 billion to build a similar product.

Overall, while there are many frontiers left to explore on earth – like cleantech, materials science, and biotech – the reality is the galactic frontier is truly the next one for the human race.

Our quest to be a spacefaring species is finally heating up, and the opportunity for entrepreneurs, employees, and investors to make huge dollars making smart bets in the space (no pun intended) has never been clearer.

So, keep your eyes peeled for space startups. What they’re building may not be so farfetched after all!