This week, I want to talk about some of the most exciting innovations happening throughout the video game industry – and why I’m excited to invest in gaming startups.

That’s nearly $100 billion worth of acquisitions in less than the span of a month. Crazy numbers! These huge acquisitions are the result of gaming’s growing popularity in the United States and globally.

Historically, gaming has been dominated by stereotypes of Dorito-eating, soda-chugging teenage boys playing console games all day from their parents’ basements. Nothing could be farther from the truth.

Quietly, throughout the past two decades, gaming has become the largest entertainment industry in the world, and it is not showing signs of slowing any time soon. 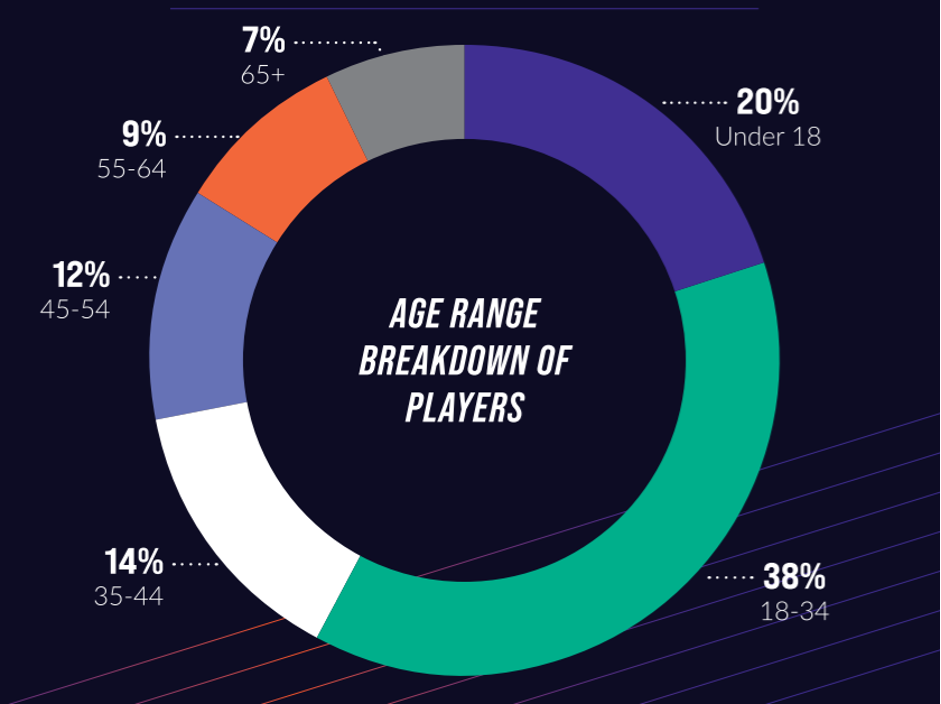 In 2021 the gaming industry generated $180 billion in revenue globally, of which $61 billion was generated in the United States alone. In fact, the U.S. market for video games is just shy of the combined global markets for music ($21 billion) and film ($42.5 billion in box office sales). 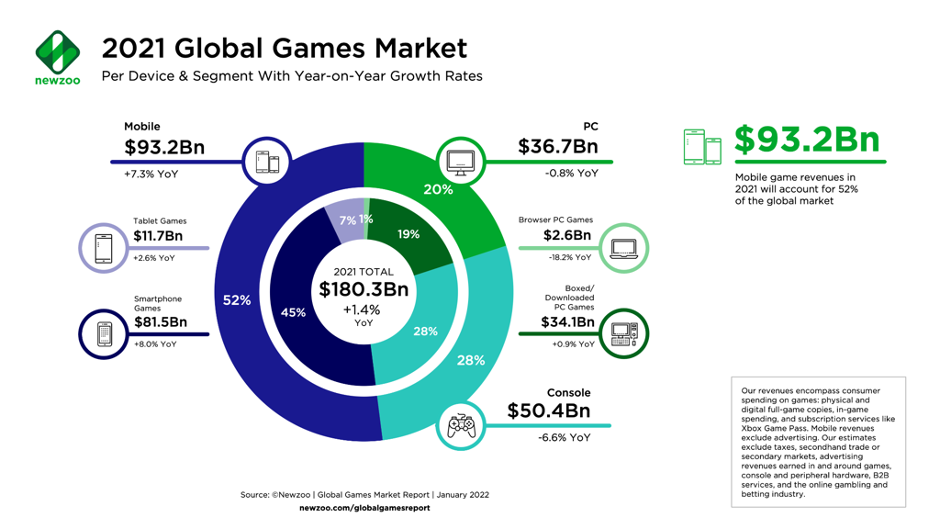 In 2021, mobile-game sales generated an enormous $93 billion in revenue, more than 50% of total revenue generated by the gaming industry.

It’s the largest segment of gaming for good reason – consoles are an expensive investment, often costing $400 or more for a new console. This is a big chunk of change, and most gamers are hobbyists, not hardcore gamers.

On the other hand, there are an estimated 6.3 billion smartphone users globally. The omnipresence of smartphones gives mobile games a much larger audience to go after than console or PC games. In fact, the largest gaming company in the world by revenue, the Chinese company Tencent, is primarily a mobile gaming company.

There is always demand for fresh mobile games, and studios continuously churn out novel experiences to keep gamers entertained and engaged. New mobile gaming publishers are seemingly launched all the time. For example, Zelgor – which is currently crowdfunding on StartEngine – is building a new franchise of games modelled off the success of industry titan Angry Birds. Similarly, Carry1st in South Africa recently raised $20 million from Andreesen Horowitz to build the “Tencent of Africa.”

The Metaverse and the Social-Gaming Mission

Something you’ve probably heard a ton of buzz about recently is the “metaverse.”

While nobody agrees exactly on its definition, at the highest level, it is a virtual reality where people game, socialize, generate income and buy assets. Excitement about the metaverse is palpable, so much so that it even drove Facebook to change its name to Meta (you may have heard?).

This excitement has been aided by the enormous success of the Fortnite franchise, which saw a huge spike in gameplay, driven in part by the COVID-19 pandemic. Fortnite generated over $9 billion in revenue for its owner, Epic Games, in its first two years of operation. At its peak in 2020, the game had more than 22.5 million players per day; since then, things have come down to about 3-4 million gamers per day. But, more than just the game itself, Fortnite fostered a virtual, social experience in the form of “party worlds” and virtual concerts.

Now, numerous companies are vying to build their own version of the metaverse. In fact, Microsoft’s acquisition of Activision was in part driven by its desire to build such a thing. Similarly, Roblox – a famous kids’ game publisher that went public in 2021 – has already built what is essentially its own metaverse centered around kids.

The metaverse – or perhaps metaverses – have arrived and are here to stay.

While gaming has grown immensely in the past few decades, the industry has not evolved how it builds games very much.

Game publishers have historically tended to build games in-house from scratch. This is how the software-as-a-service (SaaS) industry used to function. However, the software industry has evolved away from building everything in-house from scratch because it is inefficient and expensive. Today, SaaS companies outsource large parts of the building and maintenance of software products to third-party providers via application programming interface (API) and software development kits (SDKs).

The increasing use of APIs and SDKs in the software industry have allowed us to build more complex and reliable software faster and cheaper than building everything from scratch. I think the same thing is going to happen in gaming – in a big way.

The first companies to kickstart this trend were VR- and AR-development platforms like Unity and Epic Games, which allowed game developers to develop VR/AR experiences quickly without requiring deep understanding of 3D modelling.

Unity’s successful IPO (the company has a current market cap of about $30 billion) helped inspire and motivate numerous others to try to build software products that make game development faster and better. For example, NPCx – which is currently crowdfunding – has built a proprietary AI engine that allows game developers to make dramatically better character animation. Other companies, like GameAnalytics, offer gaming publishers the ability to integrate industry-leading in-game analytics quickly into their games using their APIs.

The opportunities to accelerate game development through third-parties that automate and offer large parts of the gaming experience via APIs is huge. While it is still early days in this trend, I expect to see many more of these startups crowdfunding in the next few years.

Gaming’s dominance of the entertainment industry is unassailable. If it continues its growth path, it will become a $200 billion industry sooner than later. The acquisitions and IPOs we have seen so far are a sign of how important the gaming industry is becoming to both investors and large corporations.

There are so many innovative things happening in gaming today – and many great opportunities to invest. You’d be smart to keep your eyes peeled; I know mine are.

How can invest and when ?

Hi Buck, any startup that we need to look into?