In the world of startups, it’s easy to see that some early stage companies are able to scale into major organizations… while others fail to grow at all.

But why does this happen?

The hard truth is that 90% of startups won’t make it past their earliest stages.

That’s because it takes a certain combination of characteristics to succeed… and a lot of startups just don’t have them. In fact, success really centers around a company’s founding team… not always the product itself.

Over the next few weeks, we’ll be discussing some of the characteristics of successful founders and entrepreneurs.

And I’ve got my eye on SIX different companies that I believe hit the nail right on the head.

What does it take to be flexible and adaptable?

Every company’s growth happens in stages.

However, the characteristics that a founding team has at the very beginning can determine how successful the company will be in the future.

In essence, if a company doesn’t have that “star-power” right from day one, they’re less likely to grow into a larger organization.

Organizational growth is a topic that’s discussed often in relation to startups.

In an influential article for Harvard Business School, professor Larry E. Greiner famously wrote on the topic of “Evolution and Revolution,” that breaks down the growth of any startup into five stages: creativity, direction, delegation, coordination, and collaboration.

The most important takeaway is that every single stage of company growth requires significant adaptability. Founding teams without that adaptability will not make it to the next stage of growth successfully.

A successful leader needs to be aware of which development stage their company is in. They also need to be flexible and adapt in order to make the necessary changes to keep the company growing.

“Lean Startups” are the ultimate test of flexibility 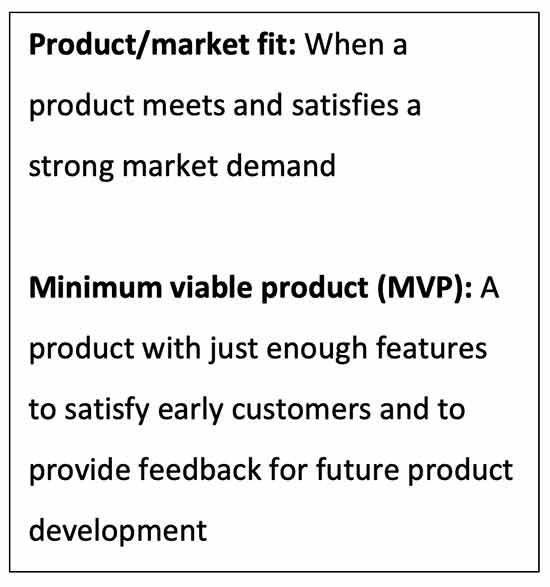 The best startups are driven toward adaptability right from the start, even down to their product development.

This concept is called the “Lean Startup,” or the idea that a startup should test their product/market fit by creating a “minimum viable product” (MVP) before scaling it up.

By first testing the market with their MVP, a founder is able to test hypotheses before spending a significant amount of capital and time on something that may or may not work.

In other words, this strategy requires the ultimate flexibility… and every startup should take notes. Every founder should be flexible in this process and be humble enough to admit that his/her hypothesis was wrong.

If the MVP has low demand, the founder must know how to either pivot or abandon the idea entirely to avoid wasting their time or money.

What does that mean for startup investors?

When investing in a startup, always take notes on the characteristics of the entrepreneur:

Always be wary of entrepreneurs who strike you as being overly stubborn, as this may be an indication that the founder will be bad at adapting and being flexible – two characteristics that are essential for success.

In essence, if a startup is unable to succeed at its earliest stages, it’s unlikely to progress into a good organization.

That’s why I always search for startups that impress me right from the very beginning.

Throughout my career, I’ve invested in 55 different startups… the vast majority of which have been successful.

But what did each one of these companies have in common?

A solid founding team with the ability to succeed right from the start.

These teams were both flexible AND adaptable… and they have the returns to prove it.

Now, there are plenty of other companies with the same amount of drive and dedication as the world’s largest organizations.

In fact, I’m positive the next Big Tech superstar is out there somewhere, and that’s why I believe there’s never been a better time to be an angel investor.

In just TWO days, I’m putting together a live event to showcase SIX different deals with that same superstar potential.

During this showcase, I’ll be running through the details of each deal recommendation AND showing you how you can take advantage. You’ll hear from …

I even trust these companies so much that I’m even investing in them myself.

They have the potential to become some of the most lucrative companies I’ve ever seen, led by teams with a history of successful ventures.

In fact, this is actually my second or third time working alongside the founders of some of these companies… they’re just THAT good.

It’s all happening on Wednesday, September 16th at 11 A.M. ET. Just click the link below to add this event to your calendar.


I don’t want you to miss your chance on these opportunities, so make sure you keep an eye out for all of the important information coming your way soon.

It’s going to be a once in a lifetime experience, and I’m excited to share all the details with you.

I’ll see you in the deal analysis meeting!

Can’t wait. So excited that I was finally able to become a member of this institution that I can’t sleep. I’ve been watching Angels since their beginning, but I could never afford the subscription price. But now that I’m in, I’ll never leave. Plus the government has finally pushed most of the rules of investing in start-ups out of the lower/middle classes way!

Early-Stage Founders Keep Feet on the Pedal Despite Downturn