Whatever you think of the past occupant of the White House and his Administration, one thing is clear:

Over the past four years, progress was made on the democratization of investment opportunities for everyone, access to capital for entrepreneurs, and access to education for investors and issuers. This begs the question: Will President Biden continue the progress made over the last four years?

A cascade of regulatory freezes and reviews, chief among them an Executive Order from President Biden himself, will – at minimum – briefly postpone implementation of the highly anticipated improvements to Reg CF, Reg A+, and Reg D. Notably, the maximum raise via Reg CF would increase to $5M in a 12-month period and the maximum investment in a 12-month period would increase for non-accredited investors.

The freeze and associated regulatory review have caused some to cast doubt on the prospect of continued progress over the next four years. As I see it, while continued progress is possible, it will require increased advocacy from the community to be realized.


What’s a freeze anyway? Every incoming president knows their Administration has limited time to make their mark. Every outgoing president relishes being free to make last-minute regulatory changes before their term ends.

Incoming presidents want to distinguish themselves from their immediate predecessor and get some points on the board as quickly as possible. This is especially true when the predecessor is from a different party. Regulatory Freezes are an easy way to stop the agenda from the last president, including any last-minute changes. They also give the new administration time to staff up, review, and act. While freezes are stark reminders of the political realities of the American system of government, they are also quite common.

In January 2009, President Obama acted to extend the effective date of Bush-era regulations that had yet to take effect by 60 days; subject to review.

In January 2017, President Trump required the same 60 day delay and review period. Taking it a step further, he also asked federal government agencies to eliminate two existing regulations for every one new regulation proposed, and make them budget neutral.

President Biden followed suit, announcing a 60-day delay in his flurry of executive orders in January 2021. The merits of the practice notwithstanding, regulatory freezes are now as common as the ceremonial gift exchange between first spouses.

No big deal then, right? Not quite.

Startup founders are often told to “begin with the end in mind.” To consider what an exit means for the founders, company, and investors in the beginning stages. Being intentional is important.

Outgoing SEC Chairman Jay Clayton centered his focus on “Main Street Investors” from the beginning. In his first public remarks, he said:

“Regardless of the cause, the reduction in the number of U.S.-listed public companies is a serious issue for our markets and the country more generally. To the extent companies are eschewing our public markets, the vast majority of Main Street investors will be unable to participate in their growth. The potential lasting effects of such an outcome to the economy and society are, in two words, ‘not good’.”

We haven’t yet heard from President Biden’s nominee for SEC Chairman, Gary Gensler. He has not been confirmed by the Senate or even had a hearing at this point. But, if past is prologue, we can learn a few things from Biden’s approach and those of his party.

Although Democrats are more “liberal,” they have actually been more “conservative” (little c) when it comes to financial regulations; believing the system must be kept in check and everyday people, protected. The financial crisis of 2008 underscores their concerns. The many Obama Administration veterans who now work in the Biden Administration will not have forgotten the global economy being on the brink.

Democrats have also – historically – been the loudest voice on income inequality and closing the wealth gap. Income inequality cannot be fully addressed without more/better investing opportunities for main street or retail investors. And, to top it off, younger voters – who increasingly expect a level playing field when it comes to investing opportunities – identify with the Democratic party more than Republicans, with “54% of Millennial registered voters say they identify with or lean toward the Democratic Party, compared with 38% who identify with or lean toward the GOP.”

The competing forces of people who believe capital markets need more accountability and regulation, and those who want to close the wealth gap (often the same people), have the potential to create a policy logjam in the Biden Administration. For Biden and his team, expending the political capital – within his own party – needed to continue opening up opportunities for retail investors may not make sense. He has a long to-do list for the first 100 days and first two years before the midterm elections.

They may opt to assuage concerns from members of the Democratic base who want more regulation by basically pressing pause on further expansion here and highlight initiatives like canceling student loan debt as evidence of their work to close the wealth gap. That won’t speak to the desire from younger Americans – again, an important Democratic constituency – and others, for more investing options. Neither does it address the access to capital concern for people of color – another important Democratic constituency.

Bottom line, continued progress on issues like the accredited investor definition can happen in a Biden Administration, but – in my opinion – they will require a much more significant advocacy effort from the community. This means tweets, calls, and formal comment letters to the Securities and Exchange Commission requesting the changes that benefit investors and entrepreneurs.

We are still waiting to hear from Gary Gensler, but the acting SEC Chairman – Allison Herren Lee – has made her thoughts on further expansion of crowdfunding and other opportunities for retail investors clear, saying:

“I question, for example, the wisdom of increasing capital raising limits in offerings such as Regulation A, Crowdfunding, and Rule 504 when investors have demonstrated no interest, and issuers no need, for such increases. But my larger concern is the sweeping effect of these changes taken together and in the broader regulatory context, including the Commission’s failure to address the effects of inflation on the nearly 40-year-old wealth thresholds in the accredited investor definition. Because of the Commission’s failure to modernize these wealth thresholds, the pool of accredited investors is getting steadily bigger and the investors in that pool steadily less wealthy.”

Given her opposition to “less wealthy” investors having more opportunities and the Biden Administration’s packed agenda, it would be surprising to see the forward leaning approach we saw from the SEC under Jay Clayton continued.

The SEC being seen as an enforcer and protector of investors vs. an opportunity generator is a storyline that will resonate with many policy makers on the ideological left. This also aligns with the presidential appointees Biden has installed at the SEC and financial regulatory positions otherwise.

Will the Reg CF, Reg A+ and other changes currently frozen be implemented? Yes, I believe so. However, without significant advocacy from the community, we may look back in four years and not be able to say progress was made.

All you can do now is hold your breath. Higher taxes, fuel prices and a stifled economy are imminent.
I didn’t vote for this (him).

I do appreciate your point of view Brandon. I especially appreciate the ability for this communication. Everything hasn’t been taken away.
I still need to initiate IPO to grow for my grandchildren. 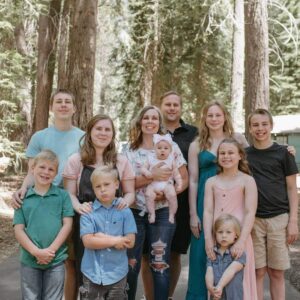 Gd article. Keep us informed. Maybe draft a letter n have the community sign it, forward it 2 the new SEC to keep what’s already in place or IMPROVE ON IT!!!!

Thanks Dan! Will do.