I define success as waking up every day and doing what you want to do.

I’m very fortunate to have earned most of my wealth following two of my passions. 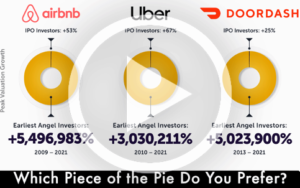 The first was launching my own startup and the second is my later career as an angel investor.

I used the same secret to win at both. It changed my life and my angel investor’s.

So, I’ve decided it’s time to pay it forward.

I’m going to share that secret with you below.

And you’ll see I’m also going to help you apply it in the real world.

You’ve probably watched me, many times on TV, use this investing secret when picking the entrepreneurs, I deem worthy of my money.

If you want to find an entrepreneur who has what it takes to succeed – identify an underdog with a “chip on their shoulder.”

This is how you could earn generational wealth as an angel investor.

When the press writes about my “rags-to-riches” story – they tend to focus on the fact that I launched my clothing line – FUBU – in my mother’s basement with $40.

Then magically, through hard work and perseverance, my startup grew into a $6 billion fashion empire. 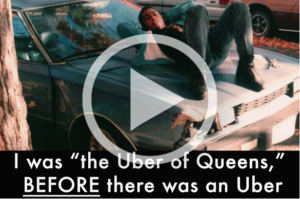 But those same articles regularly fail to mention that I almost went bankrupt three times, before achieving my American Dream.

And they rarely reveal the “chip on my shoulder” I turned into the luckiest break of my life.

You see, I was an entrepreneur from a very young age.

And when I was legally allowed to drive, I was behind the wheel, shuttling people in my Queens neighborhood back and forth to make a buck.

They’d just shout my name out their windows and I’d pick them up.

If the technology existed back then, maybe I would’ve invented Uber.

Instead, I dreamt of getting into fashion. But my American dream lacked clarity and direction. That was, until I found that chip on my shoulder.

It was the early ’90s and I was blue-collar. However, I liked to wear fancy clothes because I earned them. And Timberland boots were my favorite.

One night I got home from my double shift, waiting tables at Red Lobster. I opened up the newspaper and saw this… 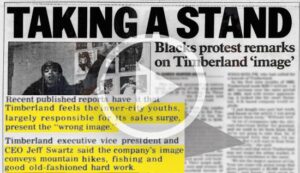 I was offended when Timberland’s CEO decided to tell everybody in my neighborhood, we represented the “wrong image” for his company.

Here’s this guy describing my friends and family as “drug dealers” and “gangbangers.” He didn’t know any of us.

I decided then to create clothing for people in my neighborhood. Clothing that was “For Us, By Us.” I shortened the name to FUBU.

In FUBU’s early days, I would come home from double shifts at Red Lobster and sew hats into the early morning.

Then I would sell them outside the mall even during snowstorms in the dead of winter.

There was no stopping me. I had something to prove. I turned that Timberland CEO’s negativity into a positive situation. 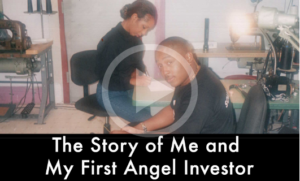 Then, thanks to some advice from my angel investor, I landed the deal that ignited FUBU’s rise and I realized my American Dream.

It changed my angel investor’s life too.

A few years back, Forbes reported that “most families are missing out on a huge wealth creation opportunity.”

When betting on entrepreneurs – before the world knows them by one name like “Gates, Jobs, or Musk” – you become a part of their stories.

If you’re lucky, a part of history.

Put your money down on that individual as fast as you can.

They’ve got something to prove. Now let’s help them prove it. 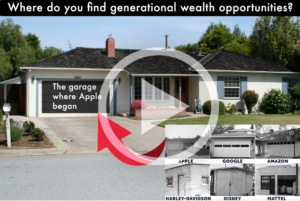 How do we get started?

Not sure what to write

How do we get started and the cost